Emotions and experiences to discover

“Located between the Ports Natural Park and the Ebro Delta Natural Park, and under the umbrella of the Terres de l’Ebre Biosphere Reserve, the Zafán Valley Greenway is making its way” .

A route that hides spectacular natural landscapes, stories related to the territory and the Battle of the Ebro, gastronomy and quality wines to enjoy with all five senses. Mountains, rivers, sea and its people … only you are missing!

Get to know the Greenway

The history of the Greenway of the Zafán Valley is winding as its path, which began to be told in the mid-nineteenth century as a railway line. Although, the initial project was to connect the port of Sant Carles de la Ràpita with Puebla de Híjar; finally, only the route of the railway to Tortosa was materialized.

The collapse of a tunnel between the stations of Prat de Comte and Pinell de Brai, led to its final closure in September 1973. You can consult the historical chronology of the Greenway on the right side of this page.

Nowadays, the Greenway of the Valley of Zafán is exclusively of tourist, sport and cultural use; being the sections of the Terra Alta and the Baix Ebre the most frequented part. It is one of the mandatory destinations of the Terres de l’Ebre Biosphere Reserve.

During the tour, you will enjoy spectacular and privileged views of the Ports, the Serra de Pàndols and Cavalls, among others. The feeling of going through the old tunnels and their refreshing breeze in summer, some of which are illuminated by solar panels, others not. However, don’t worry, as at Bicisports Aubanell we have thought of everything to make this a great experience, as with the bike rental we include lights so you can fully enjoy the activity.

In addition, you will feel in the middle of the atmosphere of a forest, in the middle of nature. You will see crops of vines, olive trees, almond trees and fruit trees, which makes each season a different experience.

La Fontcalda and its surroundings are a must on the way. A great environment to enjoy a refreshing swim if you do it during the summer.

Along the way, you will also find old train stations, some of which have been rehabilitated as bars and restaurants; and even with rooms and hostels, such as theOld Benifallet Station, so you can take a break and relax with its homemade and local cuisine. And others, abandoned with the clear sign of the passage of time. 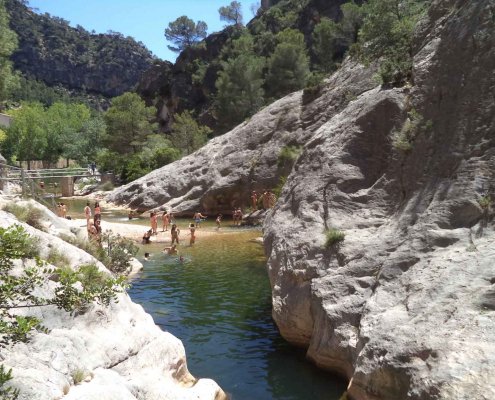 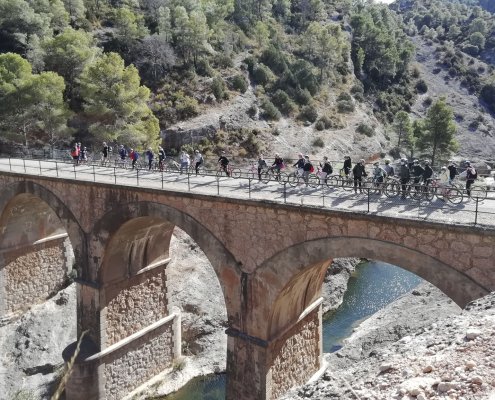 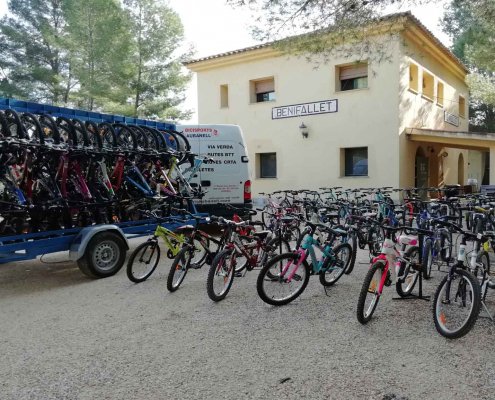 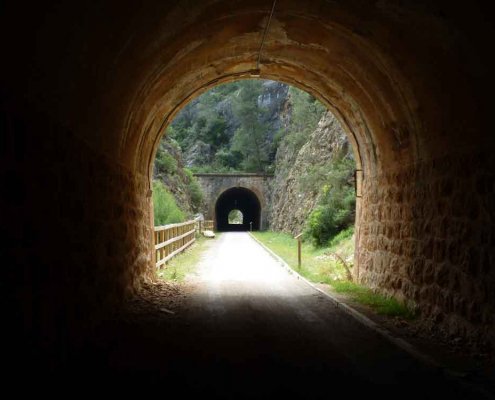 The section we propose for our bike rental in the greenway, is the stretch between Horta de Sant Joan and Benifallet, which has 24 kms of route and is the most recommended by families and groups of friends eager to enjoy this experience, and finish the old Benifallet Station to enjoy a good lunch or dinner. Because in summer, it is funny to do the Greenway in the evening, when the sun goes down and the heat is not so accentuated, and with that special light that floods the landscape.

If you want to cycle more kilometers, you have the option to continue and see the river Ebro and come to pick up in Benifallet. Consult us without any commitment to tailor your experience.

Check out our rates here!

Data of the Greenway

Total route, from Puebla de Híjar to the Delta de l’Ebre. Adding the km’s of the Greenway and the GR-99.

Route between the Terra Alta and the Baix Ebre.